A Tale of Two Protests

You can listen to the audio of this flash fiction piece here: https://www.youtube.com/watch?v=lyH-1m86GhQ&t=7s

You can listen to this flash fiction piece here:  https://www.youtube.com/watch?v=EElDj-mOF1s&t=2s

This week she married Dominic, Timmy, and Joshua. Last week it was Nico, Kyle and Aja. Lara lost count of how many men she had married in the past year alone.

She married “UK4ever” who wrote “You’re stunning, do you drink? [Glass of wine emoji]”

Do I drink? That’s what UK4ever wants to know? Lara sighed And why the glass of wine emoji? What purpose does it serve? She shook her head.

UK4ever’s photo was taken at a crowded place, I bet it’s a bar, Lara thought. He clearly had his arm around someone who was now cropped out of the photo, I bet it’s his ex Lara guessed. It made her a little sick that the picture could have been his and his ex’s favorite picture of them, once. She imagined it as the wallpaper on both their cell phones, or in a silver frame on top of a mantle. Now the “significant other” was casually cut out, and the once cherished memory, used as bait.

“Do you ever feel like everyone we meet in our adult life, is a replica of someone we’ve met before?” Lara imagined herself asking James, a man she seriously considered chatting with on the site, because his profile started with how important his eight-year-old daughter was to him, and that he’s in the medical field. A doctor who puts his daughter first, Lara raised her eyebrows, impressed. But she immediately imagined how it will all go down the toilet. Her emotional baggage, his emotional baggage, her refusal to compromise, men’s philosophy on how compromise was not the same as sacrifice that the latter is bad but the former is good. Her lack of patience with men’s philosophies that somehow always served their personal interest, and led women to compromise in relationships. Then the regret for the time invested, then the resentment. It made her so tired just thinking about it. But why did she tire herself thinking about it? “A woman’s imagination is very rapid, it jumps from admiration, to love, from love to matrimony in a moment” Jane Austin wrote in Pride and Prejudice.

She didn’t have to know those men for years to know who they were, or what it was like to be with them, or how it will all end, that it will always end she had no doubt. They were all the same, either the destructive passion that took her breath away, or the dear old thing, that waited for her, waited until the red hot scream of desire, died down. Either the temptation of the unattainable, or the quiet boredom of what was already possessed. The first died because it burned itself out, because of it’s intensity it could not last. The second never really glowed to begin with, a flame never came forth from it, a cold piece of coal that had the potential to burn had anyone cared enough to lite or fan it.

For Lara being with one man is being with all of them, they were shallow, unimaginative creatures who had no intuition, wooden cold actors in a poorly written play.

Lara wasn’t on this site because she was looking for a relationship; being with someone always made her nostalgic for her solitude.

She wasn’t there looking for sex, because the last time she had sex was four years ago and it was terrible, “the guy was wrong” she argued to herself. “The timing was wrong” when she tried again. “The feeling wasn’t there” after her last attempt, then she stopped. Not intending to become celibate, but the months passed, then the years passed, and men became not the other gender, but just the other, not arousing in her any curiosity or passion. I should be feeling something now, she thought to herself when Brad Pitt’s ripped, tanned, half-naked body filled the cinema screen, when she went to see Once Upon a Time in Hollywood.

‘I’m not attracted to men anymore, but I’m not attracted to women either, ha! I’m in sexual limbo!’ She imagined sharing this to James, but she knew she wouldn’t, and it saddened her, that in all her relationships, even in her friendships with men she had to hide, she always hid some part of herself.

Why was Lara here then? Why did she pay to be on this site?

She’s here because she’s vain, she wonders if she can still attract younger men? How young? Successful men? How successful?

She’s here because being here is not the answer

She’s here because she’s a coward, hiding behind a screen, and having imaginary conversations in her head is easy. No risks. No disappointments.

She’s here because all the men messaging her, asking her to chat, or out for a drink, are not real, none of it was real, and fantasy is the softest, warmest bed she’s ever slept in.

I am astounded at your beauty and your intelligence, you make me laugh, you laugh at my silly jokes, you correct me when I mispronounce something, you teach me American history, and educate me on pop culture, and when I can’t find the word I need and I say “what’s that word, the word that means this or that?” you always have the exact word I need, you  fill my world with color, and hope, and dreams. Your wit, your dry sarcasm, and wise cynicism floor me every time, how does she know so much? I wonder.

Today we had a chocolate cake with fifteen sparkler candles on top, the packet came with a bomb shaped candle that said KABOOM on it, we lit it, excited that it will explode in the end, but it just melted down gently and tranquilly! And we laughed. 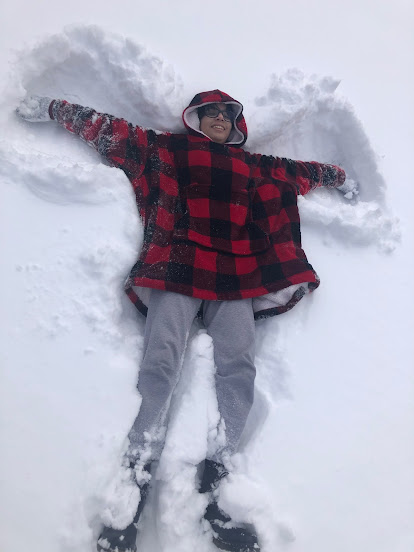 You can listen to this poem here: https://www.youtube.com/watch?v=3JJdRPCq6Ns&t=2s

The sky a hateful stone gray, like a thousand concrete walls. Clouds, dark and hefty like giant colliding buffalos.

On a day like today, windblown, wet, cold, harsh, like an accusing squint. I fight the memories that sting and bite.

My troubled mind a rattle with sinister old jingles that ring with pain, pain, pain. The past with its ugliness comes rushing, an endless backbreaking winter.

I want the darkness outside to reflect the darkness within, but when night came, traffic lights bled into menacing red and green snakes, uncoiling on inky streets.

All graves unburied, all badly sewn wounds unstitched, all my banished ghosts are back to haunt me, my sleeping grief opens its cruel yellow eyes and cackles, I could burst with all the tears I can’t cry.

On a day like today nothing is real, I feel the sunless, steely sky in my bones, like an ugly grimace,

The trees are wicked, old, misshapen things with pointy dark fingers, even the birds suspended midair are wooden, unreal

Everything feels like a purple throbbing bruise, a thousand doors slam shut in my head, I can’t see the kind faces saying ‘good morning’, my smile a separate detached thing on my face

Every word grates on me; a woman says “it was like having my eyes rubbed with sand paper” my teeth clench, my eyes shut, my muscles ache, the violence of her metaphor bears on me all day, I bend with pain.

I hear all things in images, l hold on to the robustness of things, I peel off my clothes, black and heavy with sweat, rid of its bondage, my sore body exhales. My grip tight around the shower tap, water as hard as hailstones burrowing in my skin. I want to disappear in it, to evaporate and drop like the cold tears on the bathroom mirror, Oh to melt, to wash away like dead skin down the drain.

To read my piece "The Lake Changes", click here: http://www.gordonsquarereview.org/matar.html